The goal of this project was to train an AI bot to play Snake. The bot didn’t get any information about the rules of the game - it had to guess them by itself. All information it got was snake vision and information about reward or penalty. The game and the bot were written in Python.

Check it also on my GitHub repository.

The neural network input is a 21 element vector. It represents snake vision. There are three types of objects: wall, snake body and fruit. For each object type, the vector contains 7 numbers that represent distances to the nearest object in every direction. 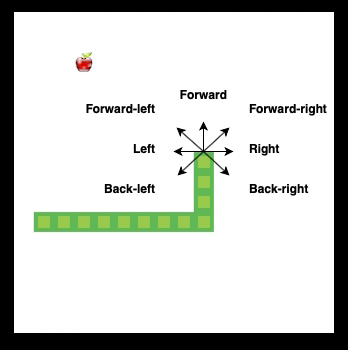 The distance in the vector is a floating-point number, with a maximum value of 1 and a minimum of 0. It is calculated with the following equation:

The value of 1 means that the object is very near and the value of 0 means it is very far away.

There are 3 outputs from the neural network - possible snake moves. Snake can go either forward, left or right.

I have introduced a limit of moves to prevent the snake from spinning around. After eating fruit the counter of remaining moves is reset. Also, the larger the snake, the more movements it has.

There is a limited replay buffer that stores the information about last moves:

During training, random decisions are occasionally taken to allow the snake to better explore space in search of the best global solution. This happens according to the algorithm of simulated annealing. In the first games, the probability of choosing a random move is the highest and decreases with each subsequent game. 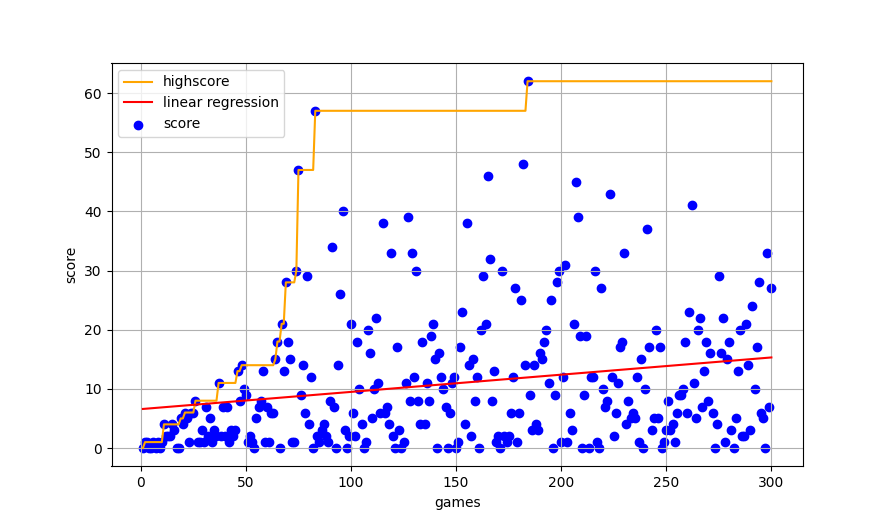 The code is on my GitHub repository.